Images previewing the 2014 Mazda3 have been leaked online. Although these images are digital, they do give us a detailed scope of what the new model will look like using the company’s latest KODO design language. 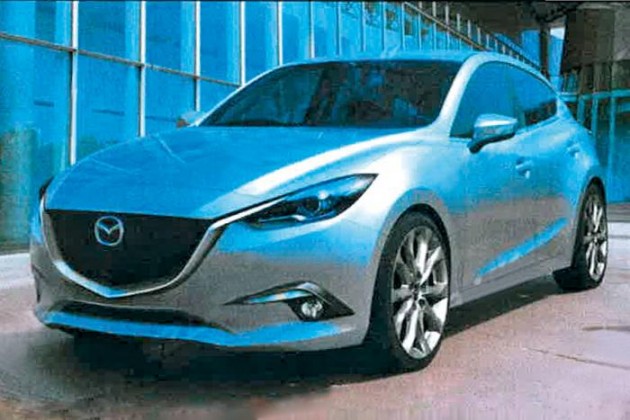 It’s understood these images have been created by Mazda’s in-house designers, showing what the new model will look like. Whether it will first appear as a concept car before a slightly watered down production version is still unclear.

From the front it’s easy to spot the ‘new face of Mazda’ front grille and headlight arrangement. There’s that distinctive large grille with a drooping silver trimming piece that runs underneath and into the headlights. 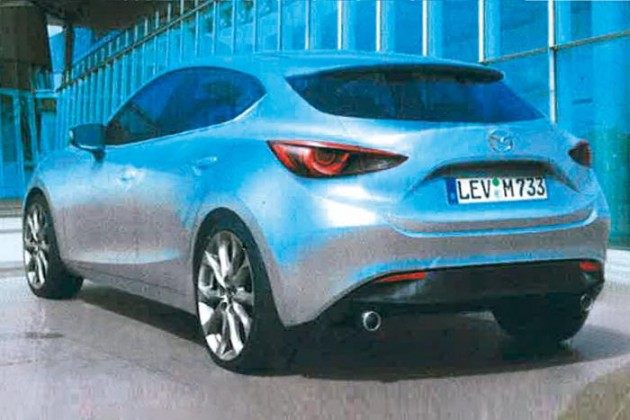 At the back features an elegantly curvy rear hatch layout with sharp taillights, a large black diffuser-section, and that same drooping line with a pointed centre at the base of the rear window.

The next-gen Mazda3 will be powered by a range of SkyActiv engines, including a 2.0-litre four-cylinder producing around 115kW. A 2.2-litre turbo-diesel four-cylinder may also join the lineup, at least in European markets.

The popular hatch is very likely to be much more efficient than the already economical current model. Part of the improved economy will be thanks to the implementation of various lighter weight materials in its construction, resulting in a kerb weight of around 1202kg (current base model 1292kg).

The new model is expected to arrive some time late in 2013/early 2014. As mentioned, a concept version may appear beforehand.