Porsche has announced a new “compact sports car” will be unveiled at the 2012 Los Angeles Auto Show later this month. The car is believed to be the new 2013 Porsche Cayman. 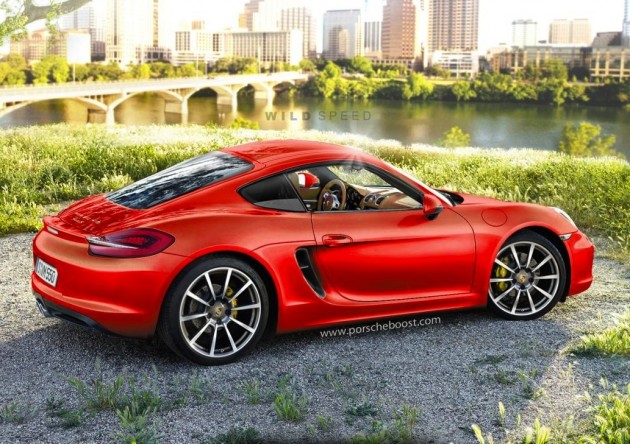 Porsche has said in the recent past that it will be introducing new models over the next few years. The new 991 911 has arrived, and so has the 2012 Porsche Boxster. It’s now time for the Cayman.

The new model is expected to be a bit sharper in terms of design, a bit like the new Boxster. Elongated headlights, a deeper front chin and air intake, and a more slimline rear end is likely to be part of the update.

Interior space is said to increase slightly as well, while the exterior is set to decrease in size providing a more compact and sporty stance. With the downsize, weight is also expected to drop, allowing the sports car to be even quicker and more agile on the road.

Speaking of performance, power is set to come from two engine options; a 2.7-litre flat six, similar to the one seen in the new Boxster, and a ‘Cayman S’ 3.4-litre flat six. The entry-level 2.7 will produce around 195kW, while the flagship S is set to develop around 245kW.

The new model will go on sale in Australia next year. Full prices and specifications are yet to be announced. In the meantime, look forward to further coverage on its unveiling on November 28.