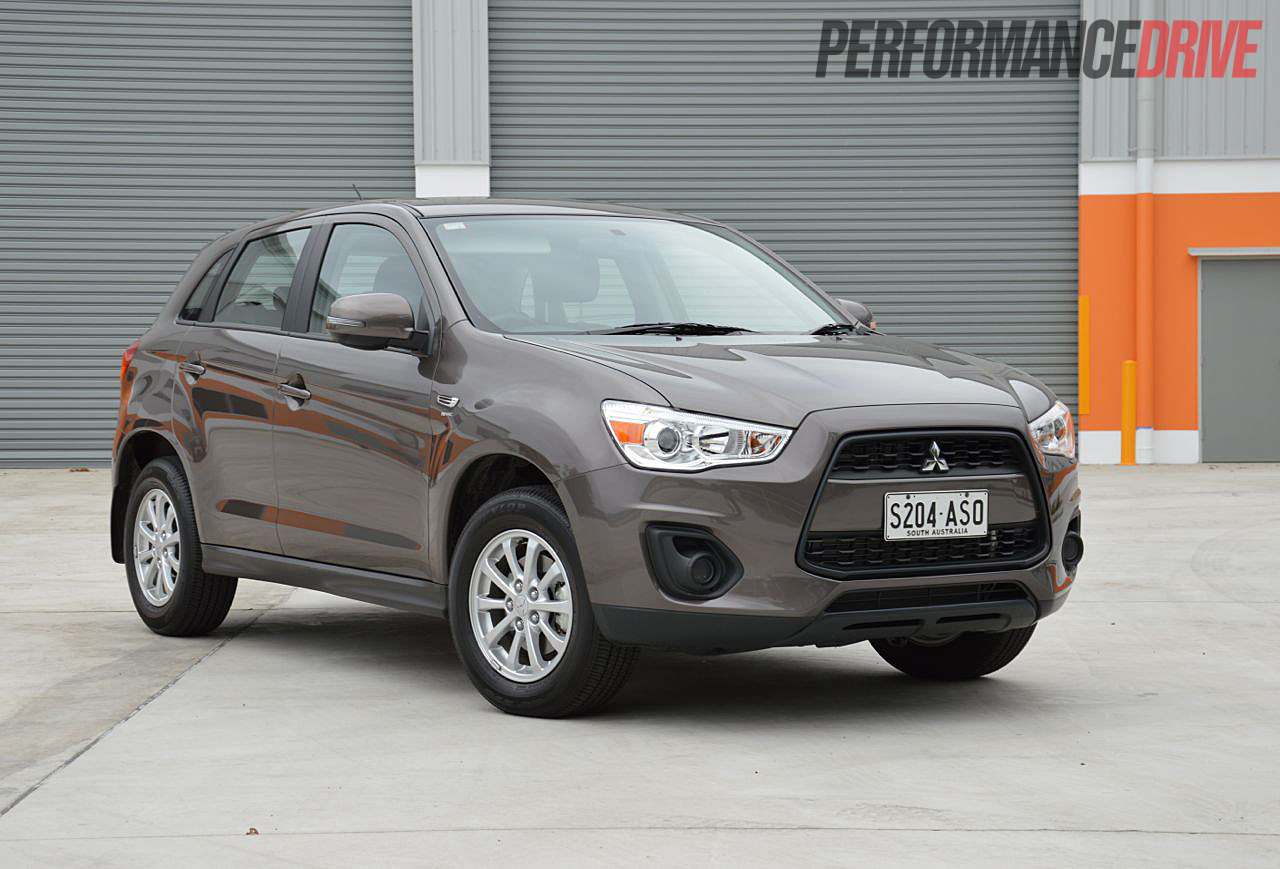 Even though we all want/have a high performance build sitting in the garage, sometimes we also need a reliable, practical, and somewhat fun runaround vehicle. Could the 2013 Mitsubishi ASX 2WD five-speed manual be the answer? 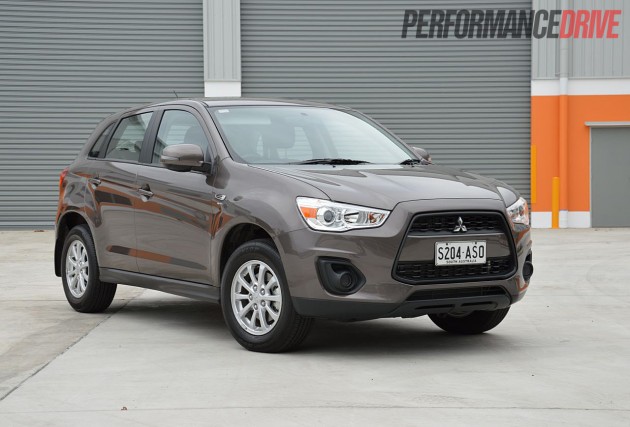 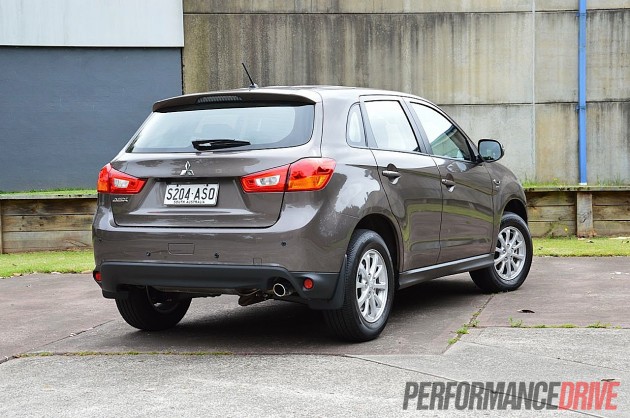 The Mitsubishi ASX was the third most popular vehicle in the Small SUV market segment last month, in terms of national sales, with 542 examples driving off showroom floors. It followed the Nissan Dualis (1293), the Subaru XV (902), and the Hyundai ix35 (889), ahead of the Volkswagen Tiguan (527), and sister car, the Peugeot 4008 (74).

As it tries to up the ante in the immensely competitive and popular market, the latest 2013 ASX comes with a fresh cosmetic update, a new 6.1-inch multimedia touch-screen interface across the board, and an improved CVT transmission option. There’s also a new 2WD top line ‘Aspire’ variant added to the range.

For those who are wondering what an ASX is exactly, it’s a vehicle Mitsubishi calls an ‘Active Smart Crossover’. It’s built on the same ‘GS’ international platform that also underpins the Lancer, and the slightly larger Outlander (pre-2012) – the Outlander is taller, and has larger overhangs.

Under the bonnet the same 2.0-litre naturally aspired four-cylinder petrol engine resides. It produces 110kW of power and 197Nm of torque.  A 1.8-litre turbo-diesel is available as an option, producing 110kW and 300Nm. All models can be had with either a CVT or manual transmission. 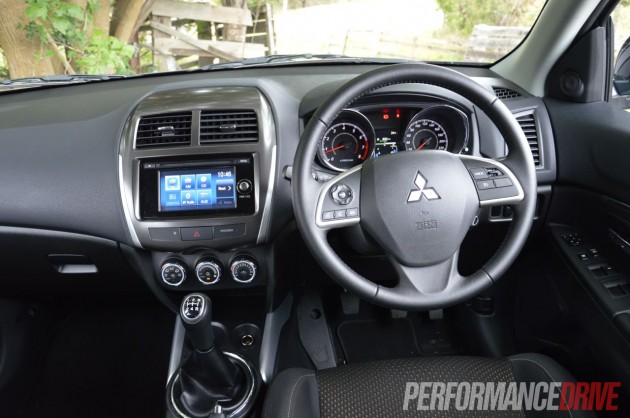 As you step into the ‘Active Crossover’, you are confronted with a familiar and user-friendly interior; a fairly no-fuss dash and button layout that you come to expect from Mitsubishi.

It doesn’t stand out with high quality plastics and materials that are used in many other SUVs in this same category, but you’re quickly acquainted with a basic, everyday setting that is very easy to live with. It’s a bit like your favourite pair of jeans in that sense. 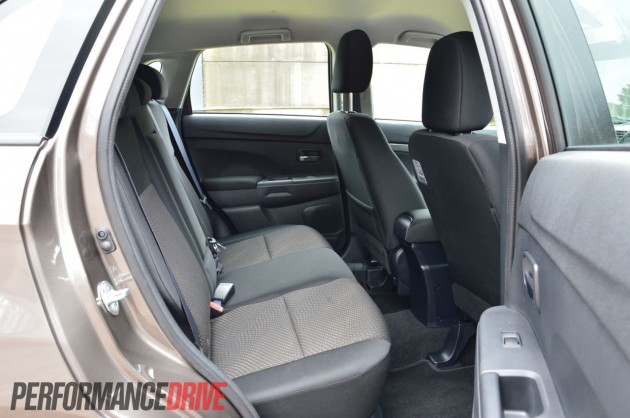 Chrome accents on the dials and instrument cluster give the interior a bright boost, while the new sleeker steering wheel features easier to use controls.

A new audio system in the ASX 2WD features CD and iPod compatibility, integrated into a new 6.1-inch touch-screen interface, which is standard on all variants.

It incorporates a full colour touch panel with simple navigation of menus and functions. If you opt for the $995 Safety Pack (as tested), you get a rear-view camera with parking reference lines. Although it is very handy and obviously boosts safety, inferior picture quality is produced when using it at night time. 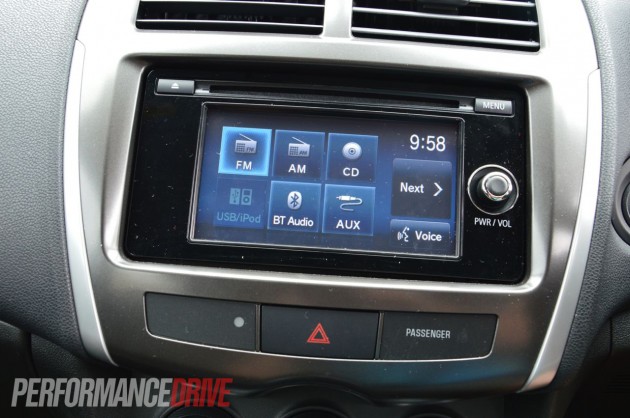 In the very back, the same 416-litre cargo space is on offer. It presents more space than the 4WD version, which offers 384 litres due to the rear differential. The space of the 2WD compares well to the segment-favourite, in terms of sales, the Nissan Dualis, which offers 410 litres. The rear seats in the ASX can of course be folded down, opening up 1193 litres. 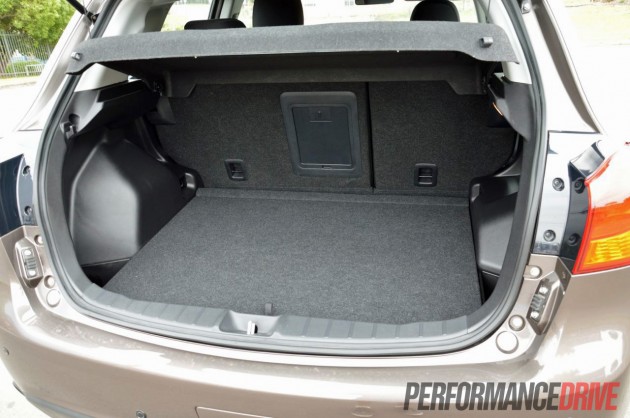 With a conservative appearance and design cues universal to Mitsubishi, you can certainly notice the similarities between other models, especially the front end design with that large ‘shark nose’ grill, which is also seen on the Lancer and outgoing Outlander.

This update just precedes Mitsubishi’s latest announcement though, stating that it will be axing the current global trademark exterior style, making way for a new design philosophy – seen on the new Outlander (full review coming soon). 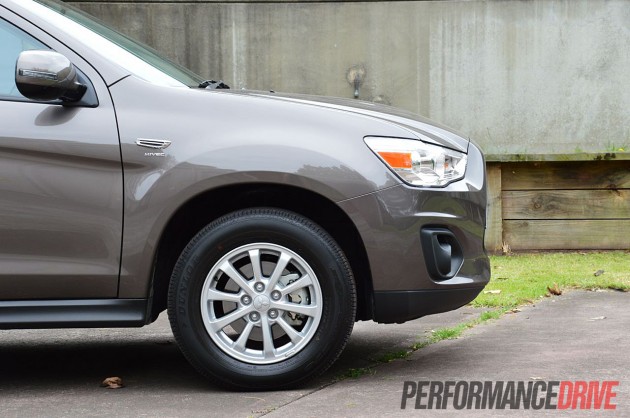 Pulled along by the front-wheel drive 110kW 2.0-litre engine, the ASX is all but inspiring. From driving under normal conditions through to giving it the custard, it doesn’t seem to make much difference. We realise that this soft-roader isn’t trying to be a performance-oriented vehicle, but neither are many other soft-roaders in this class, and they offer livelier, more willing, and less harsh engines.

Performance aside, an economical drive is of extreme interest these days, and you can expect exactly that from the 2WD ASX. We averaged 7.8L/100km, just off the official combined figure of 7.7L/100km.

Along rough roads, the ride is smooth and does well to absorb many impromptu bumps that sometimes can’t be dodged in time. Handling is notably decent; we sent the car through some windy roads and, even with the high centre of gravity, road conduct was the car’s strongpoint.

However, the electronic steering at highway speeds requires obvious effort to keep the wheels in a straight line. There’s also some typical torque steer under heavy acceleration.

With a relatively high ground clearance of 192mm, the ASX has some off-road capabilities. The four-wheel drive variants would obviously be superior for more serious rough tracks. 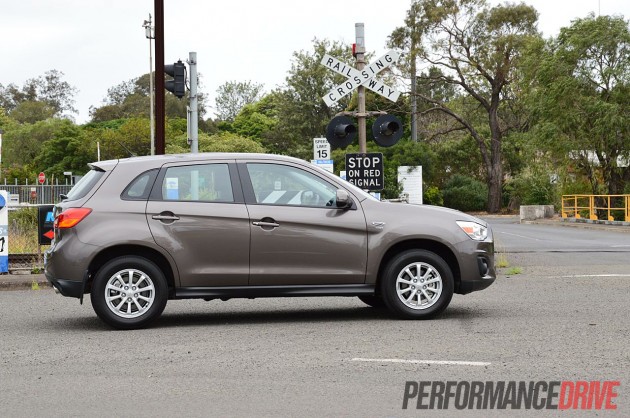 To sit in, the ASX seating and room is comfortable and accommodating, relative to the size of the vehicle, though, with not as much rear leg room as the Volkswagen Tiguan or Ford Kuga, it’s still a very likeable and comfortable place to be.

So as it turns out, the ASX is ideal for those wanting a simple bread and butter runabout that provides trustworthy transport; an ideal second runner aside from the performance build in the garage, then.

Backed by one of the best warranties on the market, piece of mind can be felt with Mitsubishi’s five-year 130000km guarantee. Again, reiterating its value and usefulness as a daily driver. 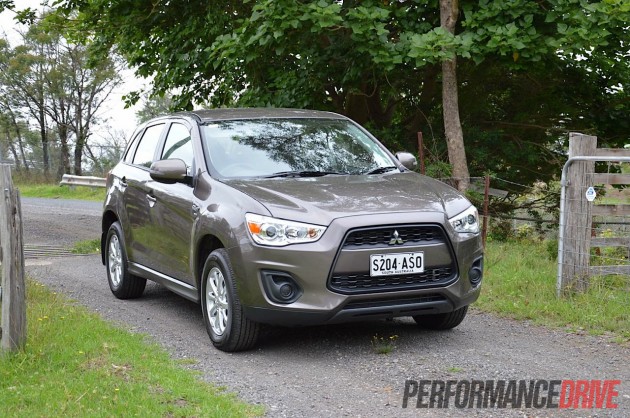