BMW only just revealed the all-new F31 3 Series wagon a few weeks ago. Images have surfaced showing the 2013 BMW 3 Series Touring M Sport just ahead of its Auto Mobil International debut in Leipzig. 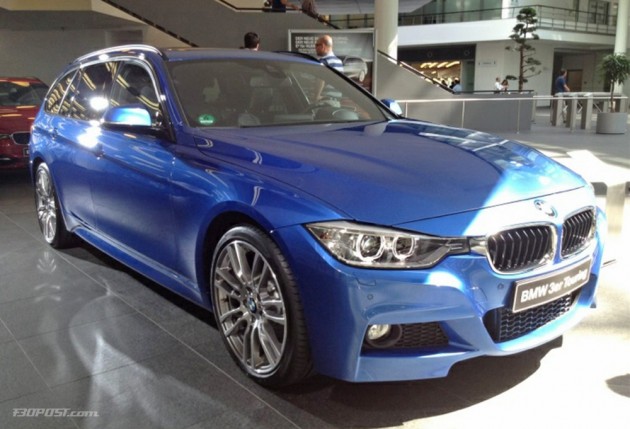 The guys over at Bimmerpost managed to capture a new M Sport wagon sitting in what looks to be a dealership of some kind. Like the M Sport pack available on various other BMW vehicles, the pack gives the mid-sizer slightly more aggressive styling than the normal variants.

Head over to the Bimmerpost forum for more images.