Audi’s hot new 2013 Audi RS 4 Avant has landed in Australia. This is the epic high performance variant of the A4 range, sporting a high revving V8 engine. 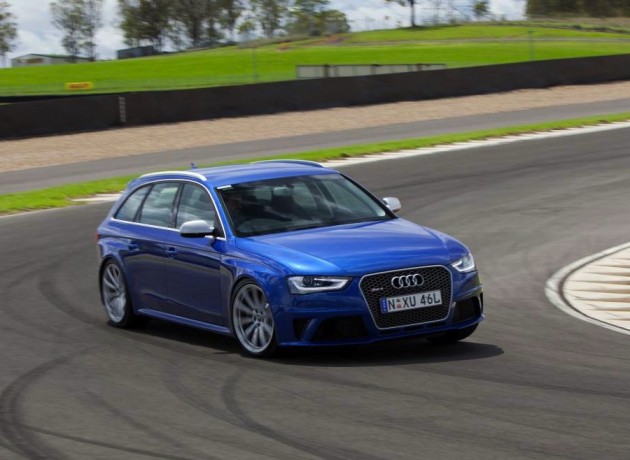 As previously reported, the new RS 4 comes with a 4.2-litre naturally aspirated V8 producing a mind-numbing 331kW of power at 8250rpm, and 430Nm of torque. Sent through a quattro all-wheel drive system, it’s no wonder 0-100km/h is possible in just 4.7 seconds.

Despite the awesome performance, the package offers a reasonable combined cycle fuel economy rating of 10.7L/100km. Audi says the new model is up to 21 per cent more efficient than the previous version. 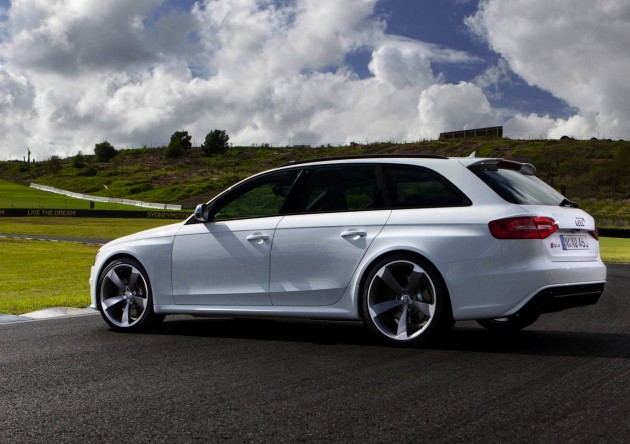 Like the previous-gen RS 4, the new model comes with plenty of go-fast equipment, including cross-drilled mutli-piston brakes, fat 19-inch alloy wheels, a sophisticated electronic self-locking centre differential to transfer power to the best wheels in terms of their immediate traction, and an S tronic dual-clutch seven-speed auto transmission.

On the outside, the RS 4 looks decidedly fat and muscular, with its snarling nose, heavily bolstered wheel arches, and aggressive spoilers front and rear. There’s also a race-like diffuser at the back incorporating the traditional quad-outlet exhausts. 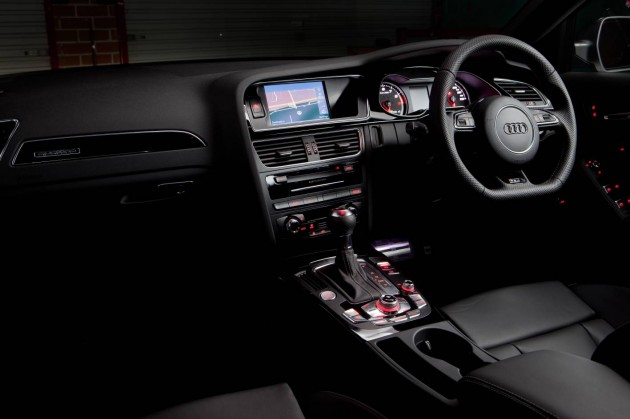 Inside, you get all of the luxury appointments you would expect in a top-line Audi. Nappa leather sports bucket seats, an MMI navigation system with a 20GB storage hard drive, a flat-bottom steering wheel, and an Audi drive select button for the quattro sports differential are all standard.

The new model is now on sale and available from dealerships throughout Australia. Prices start at $149,400, excluding on-road costs.