The handy station wagon; we love them here in Australia. Almost everyone has resorted to one, whether it was for a camping trip, picking up a new TV, or your first date – please spare us the details in the comments section below. 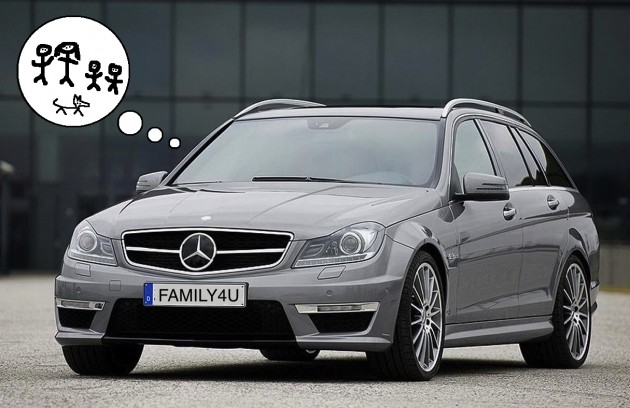 Once seen as a boring soccer mum kind of car, nowadays the ‘sporty’ wagons are cooler than an original pair of Ray Bans. In this feature we’re going to take a look at some 2012 models that are on sale in Australia, listed from least, to most expensive. It proves every man or woman can have a fun-to-drive car, and room to boot.

Based on the Volkswagen Golf platform, it’s already set up to be a cracking drive. The engine is the same 2.0-litre turbo four-pot you get in the MKV Golf GTI. It’s the least expensive wagon in this line up, but certainly isn’t the least cool. Its ability to combine interior space and fun in the same bundle is outstanding. And at $39,990, it proposes quite a bargain, too. A Golf GTI that’s even more practical? 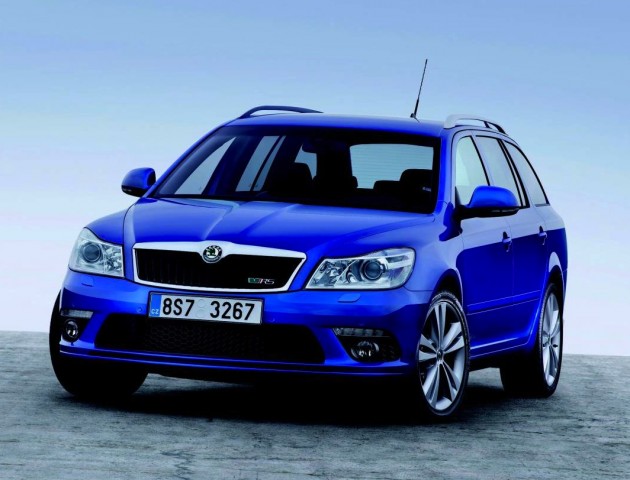 This car allows you to keep your Mini dreams alive and bring a few things along for the ride. The Countryman is the four-wheel drive (though you can get a front-drive only model) version of the new Mini, equipped with the magnificent 1.6-litre turbo four-pot engine. It’s features the same funky styling as the normal Cooper too, except there’s 350 litres of cargo space in the rear. 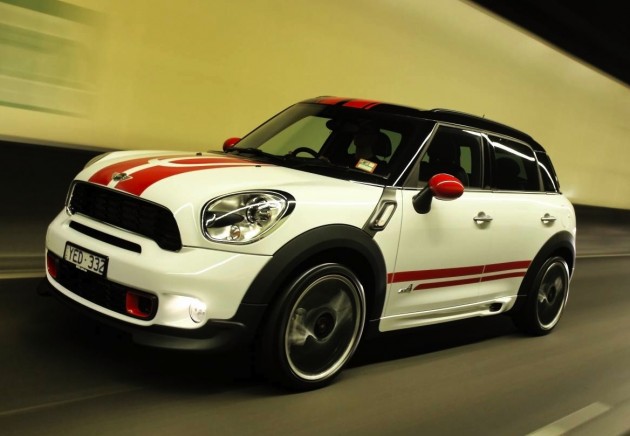 Subaru is one of our favourite Japanese manufacturers here at PerformanceDrive; no matter the model, they always keep the driver in mind. The latest Liberty GT is bold to look at, thanks to it’s muscular lines, and front bonnet scoop. Powered by a 2.5-litre turbocharged boxer engine and equipped with an all-wheel drive system, it’ll provide plenty of punch with loads of grip for when the kids are late to footy. The premium version we’ve listed here comes with leather trim, sunroof, and as with all current Liberty models, a five-star ANCAP safety rating. It’s the gentleman’s WRX. 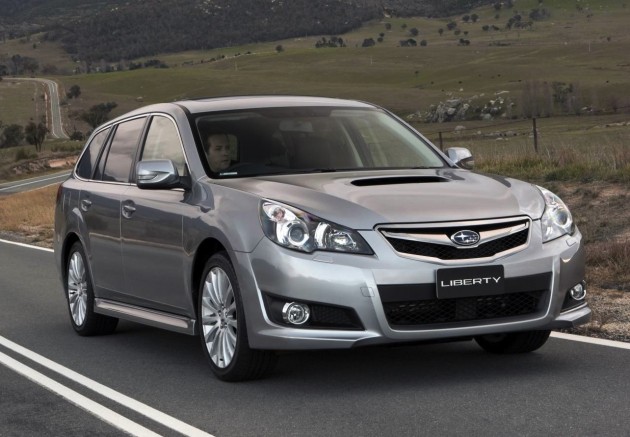 If you missed out on buying an R36 in the previous gen Passat, don’t stress, the same howling V6 engine can be found under the bonnet of the current FSI Highline; a much more modest (appearance-wise anyway) overall package. With 220kW of naturally aspirated VW V6 power, it emits quite the soundtrack from its rear pipes. Filled with more tech and gizmos than a NASA shuttle, these Passat wagons are a well polished machine. 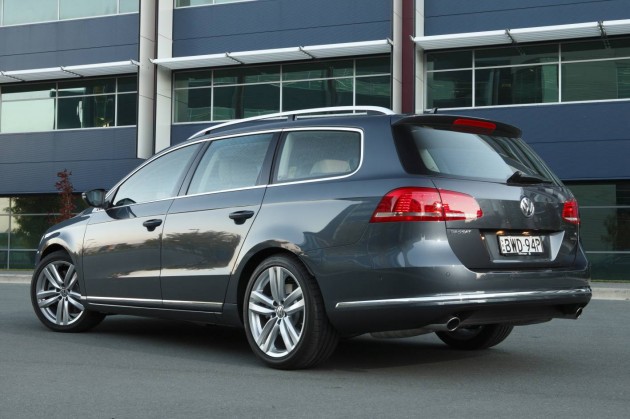 V8 people movers in Australia don’t come much more well known than a Holden Commodore SS. The Redline edition costs an additional $2500 over the regular SS V, and as a result you get FE3 suspension, forged alloy wheels, and Brembo brakes – well worth it if you ask us. In six-speed manual form, it’ll hit 100km/h in around six-seconds, and grunt on to soak up freeway after freeway. The extra space (895 litres with rear seats up) on offer in the Sportswagon over the sedan makes for a very spacious performance go-getter. 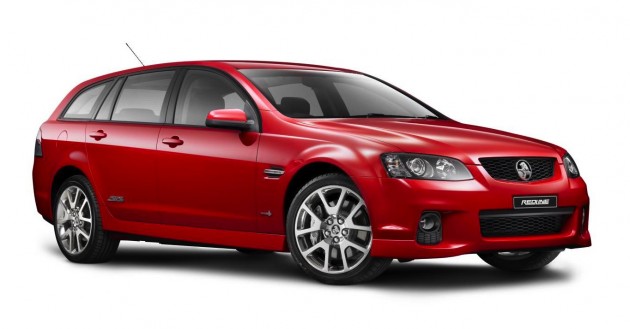 HSV muscle with Holden Sportswagon room. Here’s a car for the Aussie muscle fans alike. With 317kW on tap, there’s no shortage of grunt. Coupled with a six-speed manual, every straight and bend will have you thinking you’re Peter perfect. The very latest E3 HSVs are the sharpest we’ve ever seen, with LEDs upfront, and aggressively-styled bonnet nostrils, and wheels. It really is a performance bargain when you compare it to some of the European rivals on a kW-for-$ scale. 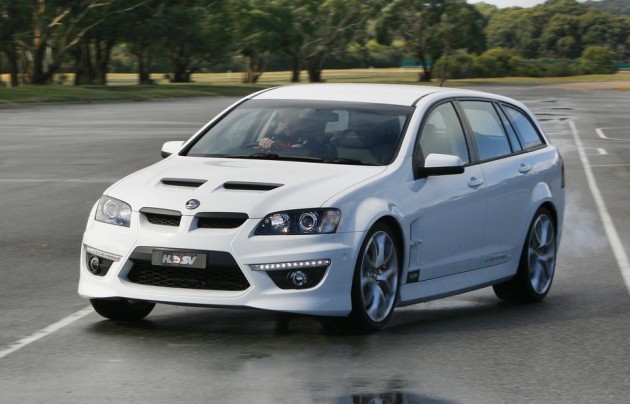 The understated achiever. The V60 T6 is the top-notch all-wheel drive V60, while the R-Design adds various sporty highlights, such as silver exterior trimmings, 18-inch alloys, and a very suave interior. Under the bonnet features a smooth and powerful Ford 3.0-litre turbocharged straight-six engine. The V60 is based on the current Ford Mondeo platform too, which means handling is one of its fortes. 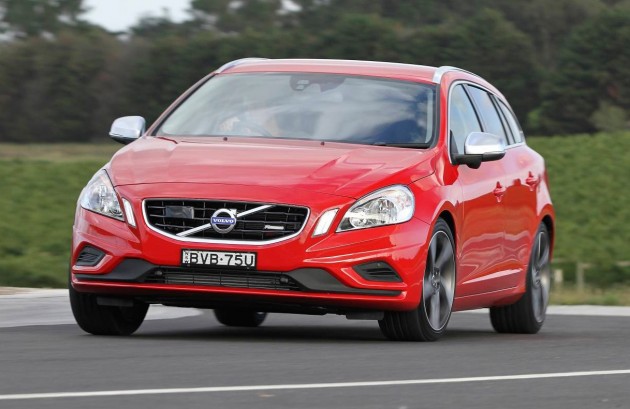 This car lets you maintain some Italian flair, and still have enough space to carry out family duties. Though this shape has been around for a few years now, there’s no denying the sexy-styling of the 159. Under the hood is a sweet 3.2-litre V6, using four-wheel drive to maintain grip at all times. It is quite pricey at $82,990, especially when you consider the Volvo V60 T6 R-Design is $7000 cheaper, returns better fuel economy, and makes more power. But hey, Italian cars are cool; you pay a price to look good. 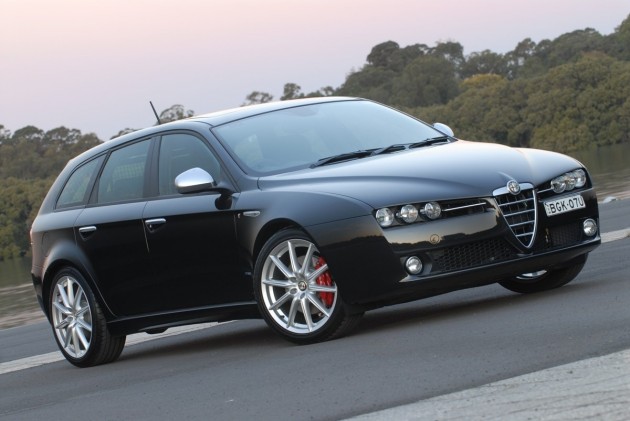 If an M3 is out of the question, the 335i is the answer. In this stunning touring shell, it’s one of the leanest, fittest-looking wagons on sale. While many of the European wagons opt for four-wheel drive, BMW sticks to its rear-drive roots (in Australia anyway; xDrive available overseas), enabling the driver in us to get excited. Power delivery from the turbocharged six-cylinder is smooth as silk, with a tail slide, albeit easily controlled, only a corner away. The current Touring version on sale now (E91) is still the previous generation, whereas the new 2012 BMW 3 Series sedans have been introduced. Expect to see the new Touring model here in Aus’ late in 2012. So rather than wait for the new one, grab one of these handsome models while they’re still around – it could be a good time to bargain a deal. 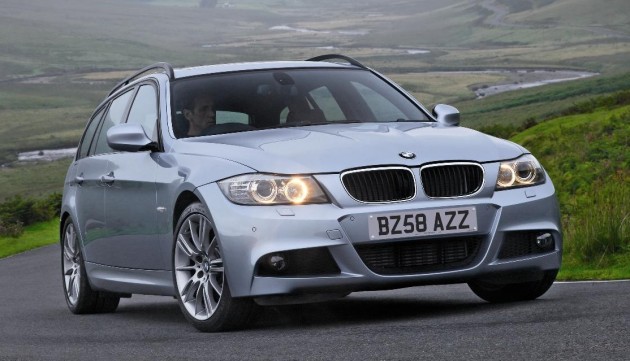 Straight out of AMG’s factory comes this monster estate weapon. It uses the same hand-built 6.2-litre V8 engine as the sedan version, but in wagon form it gives the C 63 badge a lot more versatility. The barking V8 engine note is about as good as it gets, and so is the seven-speed automatic gearbox, slamming gear after gear as you watch the speedo needle climb past the double-tonne mark with ease. If you’ve got kids, and the money, this has to be one of the best, and coolest performance station wagons there is. 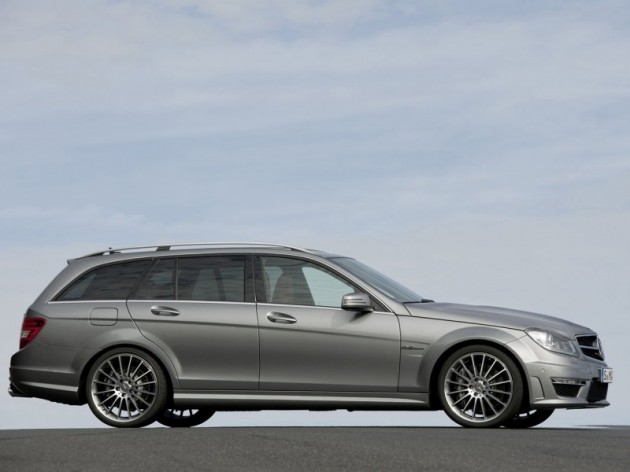