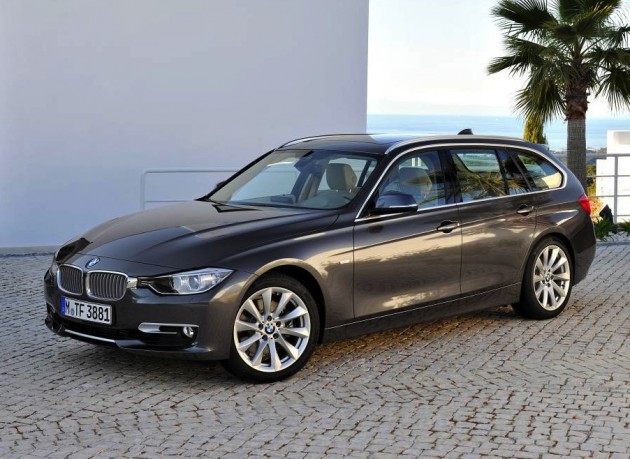 Similar to the new sedan range, the 2012 BMW 3 Series Touring will be available in three trim levels; Modern Line, Luxury Line, and Sport Line. An M Sport package will also be on offer, featuring a range of M Sport accessories such as sports suspension, wheels, and interior trimmings.

All versions will be available with automatic stop-start and brake energy recuperation technology as standard, while options such as Comfort Access will also be on offer, including an electric hands-free tailgate function and an electronic pivoting tow-bar coupling. 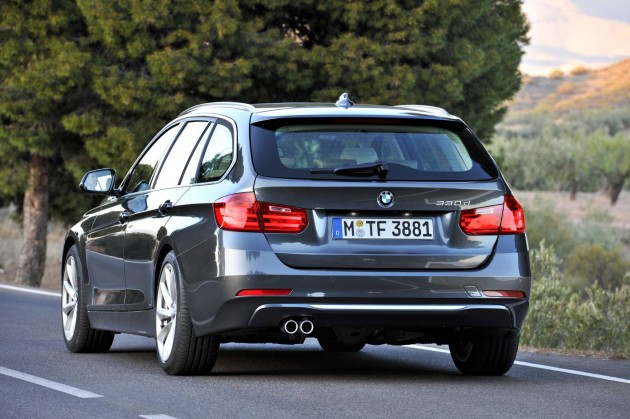 As with the new sedan, the new Touring is larger than the outgoing 3 Series. Rear boot space is now capable of swallowing 495 litres, which is up 35 litres over the predecessor. This is thanks to a wheelbase that is 50mm longer, and an overall stretch in length of 97mm.

Other interesting features include an electric tailgate window which can be opens separately from the tailgate, a 40:20:40 split fold rear seat layout, and BMW’s ConnectedDrive program, including head-up display for added safety.

Australian pricing and trim specifications are yet to be announced, however, the new model is set to arrive Down Under towards the end of this year. It will hit international markets in June.