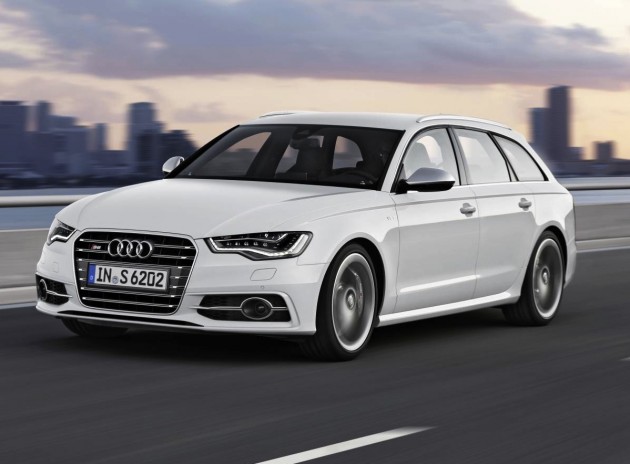 Both the Audi S6 and Audi S7 will come with the usual array of Audi ‘S’ goodies, such as adaptive air suspension with variable dampers that can lower the body by up to 10mm, 19-inch alloy wheels and a traditionally subtle Audi S bodykit.

Both models use a seven-speed S tronic dual-clutch automatic transmission hooked up to Audi’s quattro all-wheel drive system. They also feature a high-performance braking package with the option of ceramic discs. 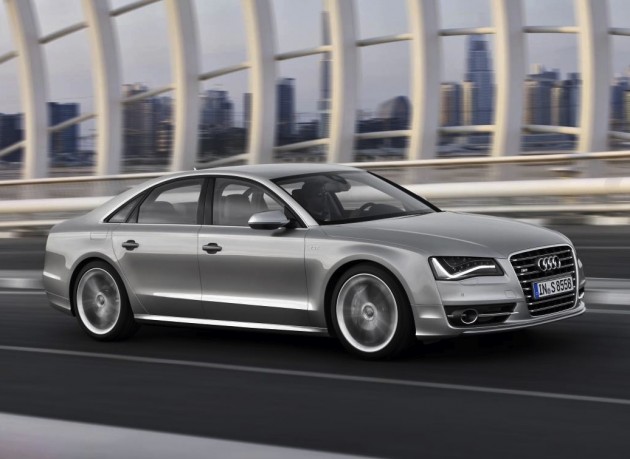 Our favourite though, is the new 2012 Audi S8. It reminds us of Arnold Schwarzenegger in a tuxedo; it’s powerful underneath and you know it.

It features a tuned version of the 4.0-litre TFSI twin-turbo V8 engine, pumping out 382kW of power and a wall-shattering 650Nm of torque which is available from just 1700rpm.

Audi says the new 2012 Audi S8 will be capable of doing the 0-100km/h dash in just 4.2 seconds thanks to the Audi quattro all-wheel drive system. It also features the seven-speed S tronic dual-clutch transmission. Top speed is limited to 250km/h.

Audi Australia hasn’t confirmed a local release date but says the new 2012 Audi S6 model, at the least, is expected to be released some time during the end of 2012.

Further information is expected at the cars’ official public debut next month at the Frankfurt show, we look forward to bringing you the full details then. Pricing is also yet to be finalised.